The World Cup that was Siddharth’s

You are here: Home / Travel Lores / The World Cup that was Siddharth’s

“I need your credit card details!” “Ok, Brotha.” And he didn’t even ask me why I needed it. Being the righteous person that I am though, I still went ahead and told him my reasons. “You remember Siddharth, I had told you that I want to go and see the World Cup. Well, the first ticketing lot is up tomorrow on first come first serve basis and being FIFA, they only allow credit card bookings.” “Sahi hai Bhai, you are really going huh?” Of course, I replied. “I have been planning this for 4 years now.
In fact I had even told Nidhi before we got married.”

10 minutes later he had texted me all his credit card details, with the allowable credit limit etc. If I remember correctly, he had even mentioned that he has more than one credit card and that he will not use this card and let me use it for all my travel related expenses. In fact I even wondered whether he gives his credit card detail to others as well. Something, which I shouldn’t have doubted, knowing his nature! 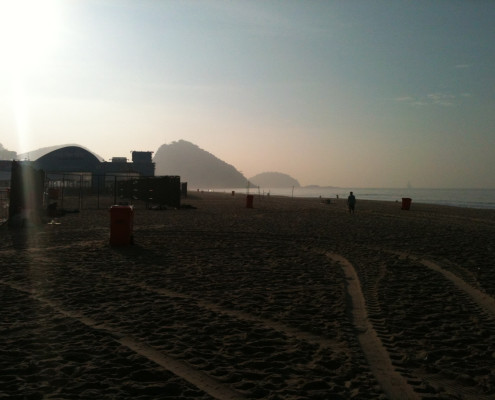 It was the 3 of us. Me, Nidhi and my friend Bijou. The only guy who was sure and readily agreed to come with us when I asked him. I told him I’ll do all the bookings for him and from time to time keep asking him to transfer cash to my brother’s account, since neither of us had used any plastic currency ever.

I had planned to do the whole of South America. Then as things became more and more clear, we realized that we wont be able to cover the whole continent. So we narrowed it down to 3 countries. And throughout all of this there was one person I kept in the loop, and it was Siddharth. Nidhi and Bijou, I would tell them about it! But Siddharth, I would discuss my details with him.

When we were kids, Papa would regale us with stories of South America and Amazon and lake Titi Caca. My father used to say that Titi Caca was like a Sea. And that it was a Sea at a height of about 4000m. 4000 bloody meters!!
When you stand on the shore, you will not be able to see the land on the opposite side. Like when you look out to the Sea, the water will merge with the Horizon(Atah Paani).” And both Siddharth and me would listen intently (me more than him I think) and make plans in our head to see this magical land. A land of the Amazon river and the Anacondas; where you could have fried ants with Beer; the land of the Andes and the magical Inca civilization.

Siddharth was jealous, and he didn’t mince no words to express it. But in fact it was me who was jealous of him. Doing bike trips to Ladakh from Delhi, going all around town (in Pune) on his Enfield. Doing trips to Goa and back, his World and weekends revolved around travelling.

And his travels were adventurous. Not you’re cushy, comfortable travelling. He liked to rough it out and he always was good with bikes and cars and instruments. Nidhi on the other hand knew him as someone who did a lot of International travel. Macau, Bangkok, Egypt etc. etc. But at the same time he liked the trips I did. I suppose a bit of sibling rivalry never hurt anyone! He had even told Mama, “Ma, Bhai World Cup dekhne South America jaa raha hai, usko jaane dena. Bechara bohot din se plan kar raha hai (Mom, brother is going to see the World Cup in South America, let him go. He has been planning it for so long).” And so I decided to start with Peru, from the west coast, from the Pacific, all the way to Rio de Janeiro (to the east coast) to the Atlantic. And all this while, each and every step of the way I would use Siddharth’s credit card to make all kinds of nominal bookings. Bookings of bus journeys, hotels, flights, hostels, even bookings on a boat on Lake Titi Caca. And I would maintain a note of all the expenses and keep paying him off so that more funds were available to use. 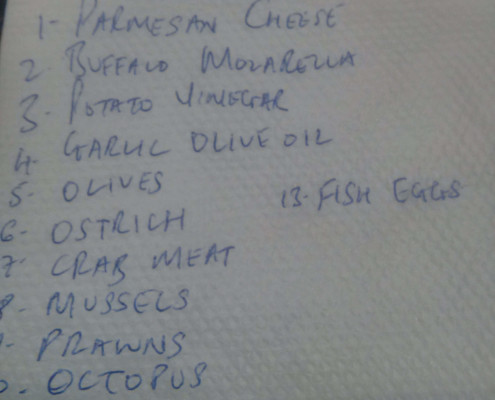 Somewhere along the way, during the wedding of a Friend’s brother (Andre’s brother) two more friends got convinced to join us on this greatest adventure one could possibly imagine. They could see that its about to happen and that an opportunity like this comes once in a lifetime. They were sold! And so for the first time in months we had another credit card to use. Jovan and Alisha had now joined the bandwagon. They were excited, all of us were. We were imperious and nothing could go wrong. How wrong was I??

Nidhi had mentioned earlier that we should book refundable flight tickets. But refundable tickets are that much more expensive. My funda was clear. Instead of putting this money in flight bookings, I would rather spend it in South America. .

After all it was a one-month trip. So I told her, “Are you stupid, nothing can go wrong.”

And then it happened.

That one thing you could not have thought about, happened. We lost Siddharth!! We lost my little angel of a brother, the darling of my Mother.

Those days were dark and full of anguish. They were devoid of any happiness. I had never experienced pain so deep and all encompassing.

There were no silver linings in them dark clouds!! Nidhi and me decided not to go. How could we? But Mama was adamant, she told me that Siddharth had told her “Bhai ka bohot mann hai, usko mat rokna (Brother really wants to go, don’t stop him mom).” So with a very heavy heart and just no inclination, we went. And this time we went to keep our promise to him. We went for him. We saw the football matches and we saw the lovely country that is Brazil. We saw the end of an era, when Spain lost to Chile. And how apt was that!!

The country that gave the World the most beautiful and joyous football seen in our lifetimes, crashed. It wasn’t a slow ominous death. It was sudden.
In 2014, a lot of beauty and happiness left this World.

When we were in Rio, we went to the most happening party district of the city called Lapa. And during the World Cup it was almost like the whole World had descended there. Bijou and Jovan went to the iconic Lapa steps where they bumped into some Indians. Nothing too significant right!! Wrong. Two days later near Ipanema beach, when we were resting at a roadside Sucos (juice) bar we again bumped into one of the kids. His name… 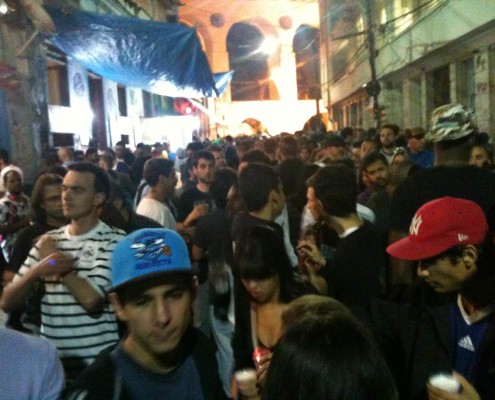 His name it turns out was Siddharth!! And he looked like Siddharth. He was plump, chirpy and had a round face like my brother. I just couldn’t process it in my head. It was too much to take until I came back to India. That’s when I started believing that he was there with us in Brazil. Doing all those things with us. Having the same fun time we had. Otherwise how do you explain bumping into the same person in another city (the biggest in Brazil, and how many Indians travel for Football World Cup??) two days later when I had missed meeting him the first time? The chances are less, extremely less. It almost felt like destiny.

I miss you Brother, and you will never fade from our memories. It’s because of you that we did the “Greatest trip of our lifetime.”

Bijou John Fernandez:  He is currently in South America. He keeps shuttling between Peru and Bolivia. A musician and an artist, he loved it so much that he went back after quitting his job and using the little money he had as his P.F.

Jovan Martins:  Joined us late during the trip but was the reason we experienced such eclectic food during out travels. An artist manager and a foodie at heart, he likes travelling.

Alisha Goriawala:  Our Spanish language expert (even though we were in Brazil) and great company, was asked out by half the World while in Brazil. Works for fashion and travel magazine and wants to keep doing more trips.

THE DREAMATHON
Scroll to top